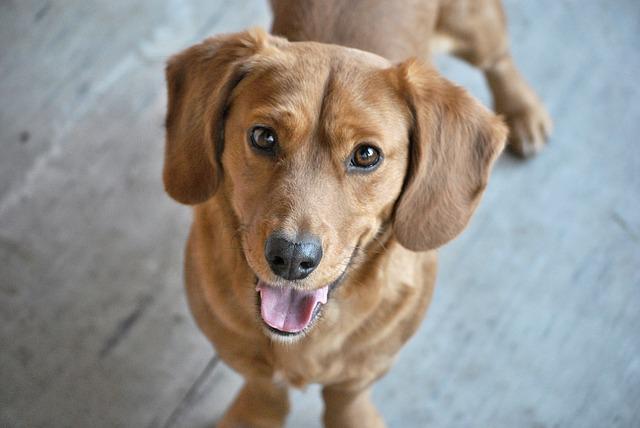 Dogs require a dog language to communicate as they are social animals living in packs. Dogs use a set of standard signals to communicate with one another. Since dogs cannot speak, their “language” consists of other signs, largely body language, such as movement and location of the ears and tail, and how a dog places himself about other canines.

Your dog’s ancestors organised into packs to hunt together, care for the young, and defend their territory from intruders. And while two can get along, the likelihood of conflicts increases as the number of individuals in a group rises. The group becomes weaker due to ongoing conflicts and injuries. Every dog—and puppy—in the pack must remain productive and healthy in order to survive.

Dogs can converse and comprehend one another using dog language.

Additionally, it is a system that prevents fights by sending out calming signals. In reality, you can communicate with your puppy more effectively once you know how dogs communicate and how they interpret both verbal and nonverbal cues.

Dogs use a sophisticated system of body language, vocalisations, and even scent clues to communicate. These cues help to maintain the dog’s standing in the pack.

Dogs are generally aware of their family members. It is important to socialise your puppy early and consistently throughout its life. Your dog behaves as if you are a member of his family group and the other pets at home.

A tail wag seems to be a clear indication of body language. A dog is said to be happy if its tail is wagging, right? Wrong. People frequently misinterpret this indication. A wagging tail simply indicates that the dog is feeling stimulated emotionally. Alternatively, it might be frustration or something even worse. Examine the dog’s tail’s position, pace, and direction to determine dog’s feelings and goals.

In general, the dog becomes more excited as faster their tail wags. Consider the lengthy, leisurely, side-to-side tail sweeps your dog performs when greeting you; these are the ones when the dog’s entire body wags. That dog looks at ease. A higher level of excitement, perhaps in a negative aspect, is indicated by a faster twitch-like wag. Imagine a guard dog that is alert.

Additionally, the wag’s direction might contain hints. A new study on tail-wagging revealed that when dogs experience something positively, such as connecting with their owner, they prefer to wag their tails more to the right. When dogs confronted a challenge, their tails wagged more to the left. The dog’s tail can also wag while rotating in a circle, known as the “helicopter tail wag.” Without a doubt, that wag is happy. It frequently occurs when a dog welcomes a special person.

Finally, the dog’s tail position in relation to the ground provides valuable information about their emotional condition. In general, a dog is more forceful the higher its tail is. Fear and worry are evident in dogs when their tails are tucked between their legs or pointed downward toward the ground. Confident and possibly even aggressive dogs hold their tails like a flag. Dogs that are at ease maintain their tails in a neutral position, though neutrality varies by breed. While breeds like the Italian Greyhound have a relatively low neutral tail position, certain breeds, like Chow Chows, have tails that naturally curve over their backs. You can spot a change in your dog’s emotions more quickly if you become familiar with the neutral tail position.

The hair on a dog’s back will rise up when their hackles are raised.

The fur can fluff up across the shoulders or down the back and all the way to the tail, and is formally known as piloerection. This is clearly a sign that the dog is excited, though perhaps not in a bad way. Dogs may be stressed or upset, but they may also be excited or intensely interested.

The distribution of a dog’s weight can reveal a lot about its attitude and goals. Think of a dog that is bent over and cowering. That indicates stress or fear. The dog may be attempting to flee because of the way it is posed, which makes it look smaller. It basically means, “I mean no harm.”

Dogs who roll onto their backs and expose their tummy are the most severe example of this position. This could appear to be a dog asking for a belly rub, which is often the case with relaxed dogs. However, it might potentially be an indication of severe anxiety and stress., The dog could even urinate a little.

Dogs with their weight shifted forward are in the opposite posture. This dog is advancing toward something. This might just be the dog showing curiosity. However, when combined with other aggressive body language indicators like a twitching tail held high, it may also suggest offensive intentions. The dog is attempting to look bigger in this instance.

The play bow is an easy way to read dog body language. Dogs do this when they lift their rump and place their chest on the ground. As the name suggests, it’s used to begin to play with dogs and even between humans.

Paw raises are less easily understood signals. The paw lift is a component of pointing behaviour in pointing breeds like the English Setter when the dog points to nearby prey. But outside of this situation, a raised paw frequently signifies a dog’s uncertainty or possible sense of insecurity.

Although dogs’ facial features are comparable to those of people’s, they are not utilised in the same manner. Think about yawning. Dogs yawn when they’re agitated, whereas people only do so when they’re sleepy or bored. Dogs utilise yawning as a calming technique for both themselves and other people, such as their owners, in stressful situations.

Another canine body language cue that people frequently misread is lip-licking. Dogs lick their lips after a wonderful meal, much like people do, but they also do it when they are nervous. It can be difficult to notice the tongue flick when it happens quickly. Instead of showing a desire to lick your face, your dog is expressing displeasure with the current circumstance.

Smiling is the most perplexing face expression. Yes, some dogs do smile, and if you’re not used to it, the smile could seem frightful. Dogs frequently display their teeth as a warning, as if to say, “Look at my weapons.” A snarl is unmistakably aggressive, especially when a menacing growl accompanies it. The dog’s front teeth are fully visible, and the corners of its lips form a C.

Dogs who smile also show their front teeth, but the intention is very different. This expression, sometimes known as a subservient grin, is frequently seen on a cheerful dog with a loose and wiggly posture. Overall, the dog’s demeanour indicates, “Hello, I come in peace.”

Dogs use eye contact as a key indication. Just as the hard stare might signal impending aggressiveness, looking away is intended to calm a circumstance. Dogs will purposefully glance aside and avoid eye contact when they’re anxious. People frequently assume that their dog is being uncooperative or ignoring them when, in fact, the dog is just expressing discomfort.

Another important indicator is the colour of the eye whites. The term “whale eye” refers to a dog’s display of the whites of its eyes as a symptom of worry or anxiety. You may see them when you make your dog uncomfortable, such as when you pat him on the head, or when they are anxious that someone will take their bone or toy.

A dog may communicate with a variety of assertive or submissive signals in response to anxiety or fear, but any dog exhibiting either of these signals has the potential to become aggressive and bite. It is also crucial to remember that all canine body postures are fleeting and subject to quick change and that each individual body signal needs to be interpreted in the context of the “big picture” of the dog’s current behaviour.

Even though they are excellent communicators, dogs still only have access to their own unique form of communication. Dogs are now able to read our emotions, intents, and subtle clues, according to new research and insights, which suggests that our canine companions actually comprehend us much better than we comprehend them.