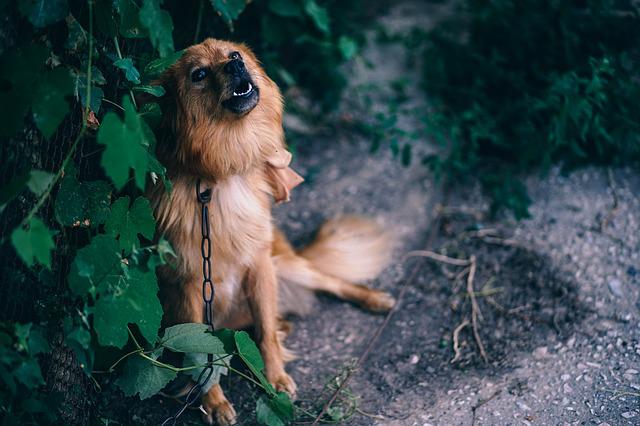 Aggression is not reactivity. Reactivity can appear aggressive in nature when your dog is barking and lunging when on a leash, but there is no intent to cause injury. Aggression indicates the desire to cause harm.

Due to the fact that reactivity is simply your dog’s response to particular stimuli, many reactive canines get along with other dogs or enjoy themselves at dog parks.

Dogs can react negatively to a wide range of stimuli, including people, other dogs, and bicycles.

Reactivity can occur for a variety of reasons and at various intensities.

We advise that if your dog exhibits any reactive behaviour, you seek expert in-home assistance from a licenced dog trainer or animal behaviour specialist because reactivity is such a difficult issue.

Frustration:
When confined by a barrier, such as a leash or fence, certain dogs may become stimulated or aroused at the sight of a person, another dog, or an object.

For instance, when your dog is on a leash and attempts to pull towards certain stimuli, the tension from the leash causes them to become frustrated and the behaviour increases to reactivity.

Fear:
When they see a person, another dog, or an object, some dogs develop fear.

This could be as a result of a particular traumatic event in your dog’s life or from a lack of socialisation.

In any case, the leash prevents your dog from fleeing when the person, another dog, or an object approaches, forcing your dog to confront the particular stimuli and resulting in reactivity.

Learned Behavior:
Some dogs may start to link the jerk on the leash with the humans, dogs, or objects when they approach a stimulus like a person, another dog, or an object but are met with an unpleasant like being pushed back on the leash.

As a result, they respond to stimuli when they are initially noticed, which frequently leads to increased leash tension and, over time, an escalation in behaviour to reactivity.

There are a number of actions that could indicate your dog is worried or even in a reactive state.

Some examples of these actions include:

The severity of the problem and the underlying cause of the behaviour will both influence how it is treated.

A veterinary expert should deal with some persistent reactivity problems since they can develop into potentially harmful situations.

A competent trainer or behaviourist should work closely with the dog’s owner to control their dog’s reactivity issues.

It’s important to avoid reprimanding or punishing a dog for acting out.

Desensitization is a regularly used training technique to treat fear and reactivity. In this technique, rewards and praise are employed along with the presence of the feared object to make it a more positive and familiar presence and reduce any reactivity associated to it.

In a process known as counter-conditioning, obedience training can also be used to distract from unpleasant stimuli and lessen fear and anxiety, which will lessen the likelihood of a reactive response.

Anti-anxiety or antidepressant medications may be suggested to calm your companion in severe circumstances where behavioural therapy and training are unable to calm the patient.