WHY IS MY GERMAN SHEPHERD SO ANXIOUS? 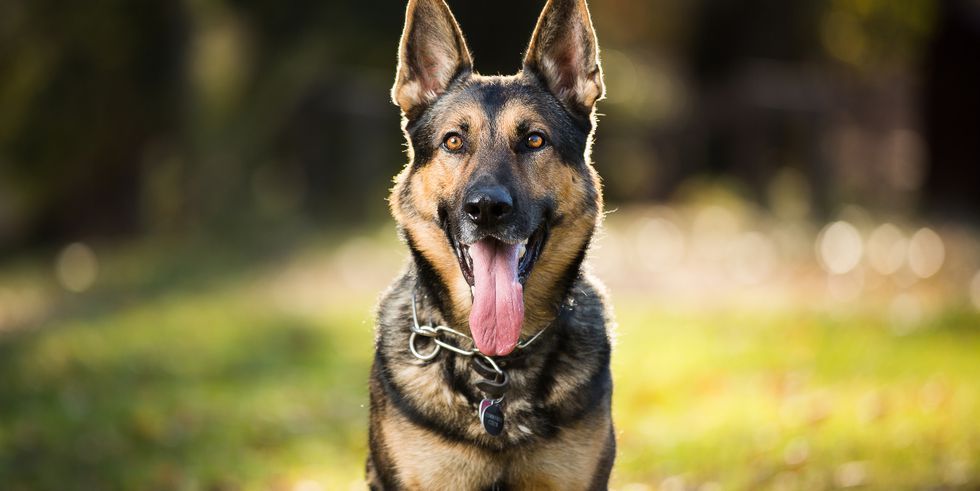 German Shepherds are known as great human companions.  This race was developed specially for hard work: guarding the flock, military, and police work. Many owners chose their German Shepherds because of their strength and intelligence. However, they often struggle with their dog’s emotionality. Instead of being the ultimate warriors, powerful and confident, many German Shepherds display soft and anxious behavior.

From an evolutionary point of view, fear and anxiety are normal reactions. They serve an adaptive rolę. Those dogs which were fearful were also more vigilant, which helped them to survive longer. Putting it simply, overreacting is safer than being calm and relaxed. As a matter of fact, the same rule applies to humans. Most people very often experience fear, stress, and anxiety, despite rarely being in life-threatening situations. The difference is how anxiety shows: your anxiety manifests with worrying about a job meeting, whereas your dog’s concern is expressed by barking or refusing to go out. The first thing every dog owner needs to understand is that it is not the dog’s fault that it is anxious. Its mental state results from a combination of traumatic experiences and genetic background. Just as we don’t treat humans suffering from anxiety and depression as “bad” or “worse,” we shouldn’t treat dogs in this way.

The reason behind your dog’s fear may be the trauma it had experienced at some point in its life.

Dogs learn by associations. They link events with the sensory cues they experience. This means that very often, traumatic associations are purely accidental:  a loud noise or sudden pain experienced when in contact with a specific object may be interpreted as that object being dangerous. One bad experience can imprint the dog’s reactions for many years. The period when the dog is especially sensitive to fearful imprints is its adolescence.

Very often, the owner’s own emotions are the source of fear. Your dog observes you all the time. It feels your emotions, reading from your body language, and your smell. If you react stressfully to a specific situation, it will take it as a sign that it should be stressed as well. On the other hand, if you remain calm, you may teach your dog to interpret the situation as non-threatening.

How to handle the German Shepherd’s fear?

To deal with your dog’s fear, you need to use classical conditioning. You need to change the dogs association with the stimulus and change its reaction from fearful to calm and confident. The way to do it is exposing your dog to the situation he is afraid of – slowly and in small doses at a time – and rewarding it if it remains calm.

Identify what triggers your dog’s fearful response. If it is not apparent, pinpoint the situations causing your dog to be afraid and find out what is the common link.

One of the worst possible strategies is forcing your dog to face his fears by bringing him to a fearful context and waiting for him to stop being afraid. In this situation, your dog becomes flooded with the fearful stimuli. The outcome is that his fear increases and the bond of trust between you and your dog can become severed.

The dog needs to be slowly, gradually exposed to the fearful stimuli. It always has to happen in a controlled situation. Try exposing your dog to the fearful situation only at a degree that doesn’t trigger the fear response. For example, if your dog is afraid of strangers, bring it to a park where it can spot the strangers from far away while remaining in a safe zone. Reward your dog for being calm. If during a walk you encounter the fearful object by accident, distract your dog by taking its attention away. Reward your dog if it focuses on you, not the fearful stimuli.

This is just a basic example of how gradual, controlled behavior conditioning can help your dog to become at ease with his fears. However, be prepared for the fact that teaching your dog to be calm and confident may take some hard work. Be patient and allow your dog to work at its own pace. Find a dog trainer near you who can instruct you on how to work with your dog.